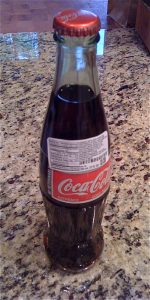 Depending on how old you are, you might not even remember the actual taste of the Real Thing. We are not talking about differences between Diet Coke, Coke Zero, Coca Cola Classic or any other obvious variations on the popular beverage. We are referring to the original Coca Cola formula—the non-diet, classic drink that is known throughout the world. You may think you know Coke, but if you are basing that knowledge on the past 25 years of drinking experience in the US, you might be surprised to find out that your Coke is not the same as mine.

It’s Coca Cola Classic, Right?
Wrong. Classic Coke isn’t even the original formula. It’s close, and if you asked the manufacturer they’d tell you it’s the same, but when you have tasted Coke made and bottled in Mexico and other locations outside of the US, you understand. That’s because Coke made in the US is sweetened with high-fructose corn syrup. HFCS has been a part of the “classic” formula ever since the New Coke debacle of 1985.

A Little History
The very first Coca Cola recipe was invented in a drugstore in Columbus, Georgia by John Pemberton in 1885. It was first sold in bottles in 1894 and it appeared in cans in 1955. As the decades rolled by, competition with Pepsi grew, and many Coke drinkers were surprised by their selection after taking “The Pepsi Challenge”. Pepsi had successfully promoted their reputation as a superior-tasting product until, in 1985, Coke responded by changing their formula using High Fructose Corn Syrup as sweetener. What followed goes down in history as one of the most unusual and unpredictable consumer backlashes in history.

Those of you that remember Max Headroom probably recall him asking you to “C-c-c-catch the Wave” as New Coke was unveiled. Every piece of market research showed that consumers wanted a sweeter product, but when Coke delivered, some of us felt betrayed. Let’s be honest. Nobody ever asks for a rum and Pepsi. Dedicated Coke drinkers could no longer enjoy the old flavor with which they had grown up. Fierce public reaction to the change prompted the company to announce a reversal less than three months after introducing new Coke, and Coca Cola Classic was born.

HFCS
What many people don’t realize is that when Classic Coke was resurrected, it too was a new formula. Although Classic marked a return to the previous flavor, it continued to use high fructose corn syrup as a sweetener. There are many explanations for this decision but most are related to costs associated with sugar versus corn syrup. However, Coca Cola produced in Mexico and other places still includes cane sugar. This is likely due to government corn subsidies here that make it cheaper to use HFCS. You may have noticed recent advertising trends listing ingredients like natural cane sugar in some products. Much of this is in response to the belief that HFCS poses certain health risks and is a contributor to diabetes. While such studies are alarming and may or may not be conclusive in their findings, you should draw your own conclusions.

Flavor
While the manufacturer maintains that there is no discernible difference in the flavor of the sweeteners, we disagree, and we are not alone. Coke made with cane sugar tastes crisp and refreshing, while the HFCS variety seems to carry an aftertaste that lingers in the mouth. Even Consumer Reports recently took notice of the import buying trend and did a taste test. We must say that when we were walking through Costco yesterday and found 24-packs of Coke bottled in Mexico, it made us think of that kid catching the Mean Joe Greene jersey. Excited as we were, we are the first to admit that we don’t really drink that much soda drinker to begin with. So, when we do, it might as well be the good stuff.

The Real Thing
It’s not what you have been drinking. The real Real Thing is more expensive and harder to find. Until we spotted it yesterday, previous options included traveling to Mexico, shopping at Mexican markets in town, and Cub Foods. Yes, at least in St. Paul, the Cub Foods nearest to me has devoted a large section to international items including a selection of unusual beverages where tall bottles of Mexican Coke sell for more than two bucks. It also turns out that Coke does make a cane sugar variation domestically, but only for a short production run before Passover when they produce a fully kosher version. We have been unsuccessful finding this due to bad timing on our part.

So, Whether you prefer “the right one baby” or would rather “have a Coke and a smile”, the sugar options are beginning to open. Even Pepsi recently released a cane sugar version of their flagship product as well as Mountain Dew. If the buying public pays attention and continues to buy products according to their desires, perhaps the big soft drink manufactures will recognize the appeal of traditional ingredients. In the mean time, check out sugar Coke from Mexico. You don’t know what you are missing, amigo!

Don’t drink a lot of pop, but when I do, it’s never Coke from a can. Blah. Maybe it’s that HFCS aftertaste you describe.

But I have tried the Real Thing and I really like it. ¡Me gusta!

I agree about the cans. I’m not even fond of plastic. The bottles from Mexico are great, but the ideal version would probably be dispensed and mixed on the spot from a soda machine/fountain where the syrup is the old cane sugar variety. I wonder if it’s possible to buy sugar Coke syrup.

I’m old enough that I should have been aware of this difference, but that gap in 1985 must have retrained my taste. I never knew this history. My nephew recently brought some Mexican Coca-Cola to a family gathering and I was pleasantly surprised at the flavor difference. Thanks for this interesting article.

Hey, Frank. Thanks for reading.

DEAR SIR:
I AM 71 YRS OF AGE AND REMEMBER HOW THE OLD COKE TASTED. WHEN IT WENT TO “CLASSIC COKE” IT RUINED THE TASTE OF MY FAVORITE DRINK. I HAVE BEEN TOLD BY SEVERAL PEOPLE THAT WORKED FOR COKE, THAT THE MANUFACTURER HAS NOT CHANGED THEIR RECIPE,BUT OTHERS HAVE SAID THAT THE ORIGINAL COKE CONTAINED THE DRUG “COKE” IN YOUR INVESTIGATION INTO THIS DRINK. HAVE YOU FOUND THIS TO BE TRUE. IS THIS SUGAR ADDITIVE THE ONLY DIFFERENCE IN THE OLD COKE AND THE NEW COKE.

Claude, I believe there is at least some truth to the rumor about cocaine in Coke. The original formula called for coca leaves which resulted in 9 milligrams of cocaine per glass, but this was removed in 1903. As for the more recent “old” formula versus Classic Coke–the manufacturer says it has not changed because they claim high fructose corn syrup has no discernible flavor difference from cane sugar. That’s really the whole point of my article. For me, there is DEFINITELY a difference in flavor, even if the only technical difference is the sweetener. Remember, cane sugar is sucrose,… Read more »

Just an FYI in case you haven’t noticed, Costco has removed ALL Coke products from their shelves.
http://www.npr.org/templates/story/story.php?storyId=120590548&ft=1&f=1001
It’s basically a price fight that’s been going on since mid-November. I was just at Costco yesterday and the Coke is still gone. Not even the Mexican bottles are there right now.

It’s still available at my local Cub Foods supermarket. NB: The Mexican Coca-Cola is not found in the soft drinks aisle, but in the Mexican Food aisle. There is a large Hispanic community near here, thus the local Cub Foods has a very well-stocked offering of Mexican and Latin American food items. This may not be the case for all Cub Foods locations.

To my joy our local grocery has now started to carry sugar cane coke, so now i don`t even need to go into the city center to get it anymore, i can walk 50m;-) its WAY above the HFCS Coke.

Hi there, long time lurker here with my first comment! My daughter is getting married to her lovely mexican gentleman soon, and I’m tasked with doing the wedding arrangements! I thought enchiladas would be a good idea, so trying to find some good enchilada recipes. What do you think? Any other suggestions?? Anyway, thanks for your hard work as ever…

Honestly, I don’t know much about enchiladas so I will suggest this: Forget the food and take a look at my margarita post.

where to buy magnetic messaging

I like the helpful info you provide in your articles. I will bookmark your
weblog and check again here regularly. I am quite sure I
will learn many new stuff right here! Good luck for the next!

Jorge,
Interesting study. Seems like there’s some mislabeling going on! Good thing I am now making my own Cola from scratch using Pemberton’s 1886 recipe. No question about the sugar when you make it yourself! 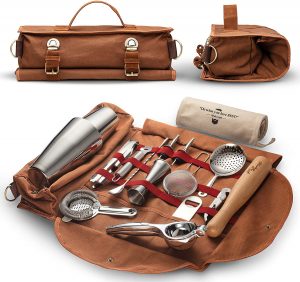 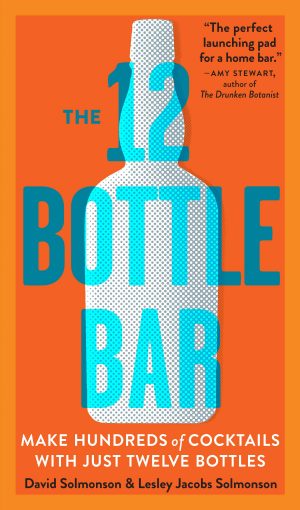