Buying Spirits on a Budget. Rum? 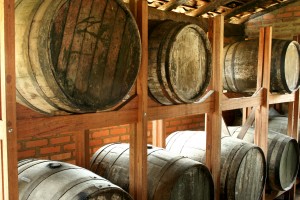 These days, not many people can justify spending $100 on a bottle of wine, and for most of us, even $20 is enough to feel pretty uncomfortable. The same goes for cocktails. While retail establishments might offer drink specials to keep customer’s “happy” to spend an “hour” or more after work, it’s no surprise that the rest of us are spending more time drinking at home. So, how can the mixologist save even more when trying to build up a home stock? The short answer: Rum.

Retail Comparison
First, you need to consider the fact that bars and restaurants provide a lot more than just a markup on cocktails—they offer a service that includes mixing the drink (sometimes with expert precision), serving it in appropriate glassware, fancy garnishes, and an unbeatable selection of spirtits, modifiers and mixers that can be hard to match when you stay at home. Of course, they also clean up after your done! Clearly, there’s value in all of it, but if you like mixing cocktails yourself, you already take on that extra work and may find your limitations are inventory-related.

Stocking Your Liquor Cabinet
According to industry trends, hard alcohol makers may be immune to the price crunch due to brand loyalty. Customers are still willing to pay the established price for their favorite whiskey or gin—perhaps because it’s always cheaper to buy a bottle for home consumption than to buy a bottle’s worth of cocktails at a bar. Expanding your cocktail repertoire requires you to build your own inventory, but how do you do it on a budget? We recommend starting with a cocktail you love to drink, research recipes and buy the ingredients for it. Learn to make that one drink until you are ready to move on. Then, on whatever schedule fits your pocketbook, try another cocktail to add another spirit or liqueur to your cabinet. Over time, you’ll have a nice inventory and a good selection of cocktails to offer guests. 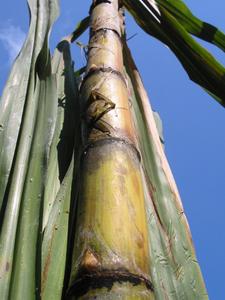 Directions To Grow
Once you have your favorites or a few classics under your belt, where do you grow from there? With so many bottles to choose from, there’s always a better version of your favorite spirit to try, or an unusual liqueur or amaro you may have missed, but some enthusiasts (and bar managers) are turning toward rum. Yes, that’s right. Good old rum. You might say that rum has earned something a reputation as the forgotten spirit.

Through the years of over-marketed vodka, a constantly expanding selection of single-malt Scotch, and the unwavering strength of gin and whiskey, rum has remained a quiet staple—always there but rarely making the big time. That seems to be changing.

Why Rum?
Rum enjoys a freedom that few other spirits share. Distilled from sugar cane (or rather, the sugar byproducts of cane), rum can be made anywhere in the world. Using the simplest sugar or the thickest molasses—and everything in between. Rum can be bottled and consumed immediately or it can be aged—there are no set rules. With all of these variations and opportunities for distiller improvisation, rum flavors can vary widely. Although you will find expensive reserves and exquisite barrel-aged variants, there’s a growing notion that even fresh young rums exhibit extraordinary character and boldness that aging can obscure and even destroy. As such, there are fantastic rums to be had for reasonable prices.

Rum is also a versatile spirit. While it can be sipped alone and discussed by stuffy aficionados, rum also pairs beautifully with citrus, herbs, spices, nuts, dairy–you name it. You could even mix it with Coca Cola and get away with it! For those of you not convinced, consider the facts: rum is a spirit that comes in a variety of flavors, it’s made all over the world, it’s not very expensive, and it goes well with just about everything. What’s not to love? And with the growing renewed interest in this spirit, new (and old) rum cocktail recipes are popping up all over.

Is One Bottle Enough?
There’s a mini revolution (or revelation) happening within the cocktail craze right now that is placing renewed focus on the devil rum. Bartenders and cocktailians are rediscovering what mid-century trend-setters already knew—that multiple rums can be combined within a single cocktail to layer flavors. Tiki founding fathers like Victor Bergeron (Trader Vic) or Donn Beach (Don the Beachcomber) often incorporated multiple rums into their Polynesia-inspired cocktails, sometimes with magical effect. Today, this trend is returning, and experimenters know that one rum tastes quite different from another, so multiple rums can be used to build complex flavor profiles in new Tiki libations just as they were in older recipes.

Shake vigorously. Strain into a Tiki glass filled with crushed ice. Garnish with a sprig of fresh mint.

Note: This cocktail is now impossible to make as written above because J.Wray 17-year-old rum no longer exists. Click here for an updated version of the Mai Tai that stays true to the original and links to how to make your own orgeat.

Even if you can’t find that bottle of 17-year-old J. Wray and Nephew (we confess, we don’t own any because it no longer exists), don’t let that stop you from making this great drink! One of the joys of making your own cocktails is the freedom to experiment. One technique is to get a bottle of dark rum for a float. This is not a big investment. First, make your cocktail using whatever rum you have on hand. Then, float a bit of Black Strap over the top without stirring, taking care to land the pour on an ice cube or gently down the side of the glass to keep it on top. The aromas from this are heavenly. As you sip the cocktail through a straw, it will slowly become diluted from the ice, but as you reach the end, the dark rum float will infuse the drink and carry it’s flavor.

Combine rum, fresh lime juice and honey syrup (which you will have to make ahead of time) in a mixing glass. Add ice and shake to chill. Strain into a cocktail coupe and top with champagne. Alternately, you could strain this into a collins glass with ice and top with the champagne.

Having a big bottle of Bacardi Silver on hand is one thing, but you can find deals and fantastic selections from all over. Grab a bottle of Gosling’s Black Seal from Bermuda to make a Dark & Stormy, or the US Virgin Islands’ Cruzan Black Strap for floating over a Mai Tai. While your at it, why not explore Mount Gay from Barbados, or Appleton from Jamaica, or Lemon Hart, a demerara rum from the Dominican Republic. Once you start looking at other offerings, you’ll find rum you never realized was there. Given all of the choices, you might start with a specific drink, like the Trader Vic’s Mai Tai and progress from there. To give yourself the most versatility, you could spread your selection around to cover light rums, gold, dark, spiced, overproof, premium aged—These are broad groupings and there’s a lot of variance even within these categories. There are plenty of rum enthusiasts who would argue that stopping at a single bottle of one style is like trying to stock a wine cellar and stopping at just one bottle of cabernet.

While it’s easy to spend a lot of money collecting obscure bottles from all over the world, there’s definitely plenty of reasonable choices out there of varying styles and colors that won’t break the bank. Try them. you will be surprised how rums differ, and how switching out one for another can transform a cocktail. We’d love to hear about rums you have found and what you enjoy. Post a comment or suggest a cocktail. There’s plenty of rum to go ’round!

Get your Chartreuse Now!

Ann, are you sure you don’t want to try making this once at home, just for a test? If you do, let me know when you need tasters to help you verify that it’s good!

Also, you should freeze slices of grapefruit and pineapple right into the ice mold for a nice effect.

Hi Randy ! What is the major difference regarding taste when it comes to rum agricole and regular rum ? Would you use a white agricole rum or a dark one ?

Agricole is often described as having a flavor that is more floral or vegetal. Sometimes people say it can taste like freshly cut grass. It may be an effect from the soil in which the cane grows, but I’d want to visit a distillery to find out more. If you go to Martinique, you’d want to bring home some swizzle sticks too!