A few weeks ago we posted a teaser about our upcoming tour of the Kentucky Bourbon Trail®. Well, it’s time to kickoff the bourbon trail series starting with a special Drink Of The Week and a perfect start to our exploration of Kentucky bourbon country. Click here to see all of the Kentucky bourbon posts on one page. New posts will be added over the next few days so you can see how the trip progressed. The first destination of our tour was the Seelbach Hotel in Louisville, KY.

The History
Listed on the National Register of Historic Places, the Seelbach Hotel is a perfect example of gilded-era luxury and beauty which recently underwent a $12 million restoration. Its turn-of-the-century Beaux Arts Baroque style served as the backdrop for Tom and Daisy Buchanan’s wedding in F. Scott Fitzgerald’s The Great Gatsby. Once a fellow resident of St. Paul, the famous author had plenty to describe of this 1905 location that is still considered the premier hotel of Kentucky. We should also mention that the drinks are good too!

The Seelbach cocktail is named, of course, for the Seelbach Hotel where it was created and served in the early 1900’s. However, it disappeared during Prohibition—a time when the hotel was not allowed to serve it. Without a speakeasy, the recipe was lost and forgotten until it was rediscovered in 1995. At long last, the recipe is finally available and was first printed in the book, New Classic Cocktails by Gary and Mardee Regan.

Chill a champagne flute, then build the cocktail in the glass. First, add the bourbon, followed by Cointreau and bitters. Top with champagne and garnish with a lemon twist.

Building the Drink
You could use any bourbon you like, but the original recipe specified Old Forester which is a higher-proof variety with a flavor that will hold up better against all of the champagne that is added to this cocktail. Although we listed Cointreau above, you could use any triple sec if you are short on cash. Actually, Cointreau is the original, and you can still read “triple sec” on the labels of vintage bottles. However, when copies started to appear calling themselves triple sec, Cointreau dropped these words leaving only their brand name which is now synonymous with quality.

This cocktail calls for both Angostura and Peychaud’s Bitters, and seven dashes of each is a lot compared to other cocktails. If there was ever a time to justify the purchase of Peychaud’s, this is a good time. Bitters are relatively inexpensive anyway, and although the bottles are small, they will last a very long time. You may have to hunt around for Peychaud’s or purchase a bottle online. Angostura, on the other hand, is a little easier to find and you definitely need this in your cabinet. Still, as we write this, the world is experiencing somewhat of a “bitters shortage.” Earlier in the year, Angostura switched to a different bottle manufacturer and was having trouble getting the bottles. Shipments were backing up and some bars began rationing their use of Angostura. With that crisis resolved, you still may have trouble locating bottles easily. Fee Brothers is also having trouble keeping up with demand. Given the growing popularity of cocktails and mixology, bottles of their Whiskey Barrel Aged Bitters are not available. If you find a bottle, grab it!

Finally, it’s probably a good idea to chill your champagne (and your glass) ahead of time for this cocktail since you are building it in the glass without any ice. Finish off your creation with a lemon twist. Garnishing with a lemon twist will give you a chance to practice making nice spirals. If you don’t have a channel knife, you should look for one at cooking stores. They are often incorporated into zesters and are designed to cut a long, narrow groove in the peel of citrus fruit. After cutting a full circumference or or more around a lemon, you can carefully wrap your twist around a straw or swizzle stick to form a tight spiral. This can be draped over the rim or allowed to spiral down into the glass itself. Either effect looks great.

Give the Seelbach cocktail a try and let us know what you think of it. I’m glad to be trying this drink which was almost lost. It’s a great way to celebrate Kentucky history and to kickoff our tour of the Bourbon Trail®.

Click here to see all of the Kentucky bourbon posts so far on one page.

Kentucky Bourbon Trail® is a registered trademark of the Kentucky Distillers’ Association. 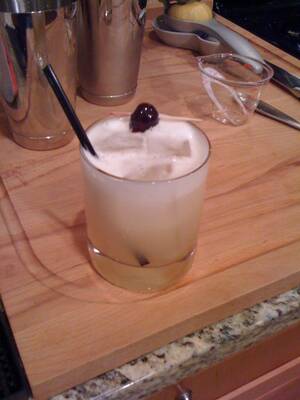 Holiday Gifts for the Mixologist

Great entry — and how poetic that Summit Sips and Summit Avenue’s F Scott Fitzgerald collide at the beginning of this tour, particularly in an article that describes a drink that vanished during the Jazz Age. Fascinating! 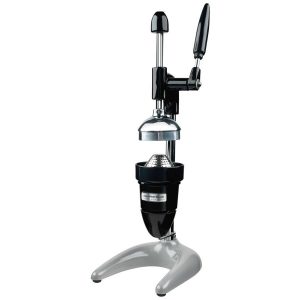 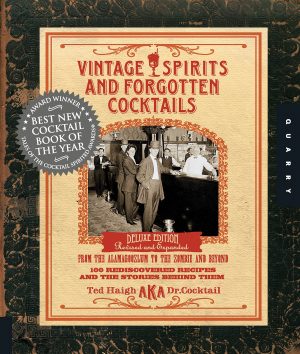 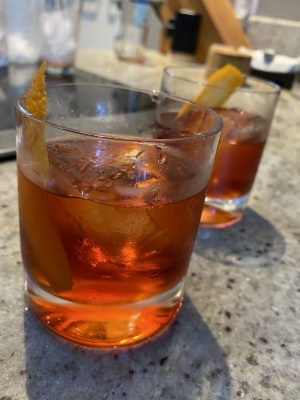