This week’s Drink Of The Week is the Mint Julep. With Derby Day just around the corner and a spring that started early in the midwest, it’s time to get your mint in the ground. Even if it wont be ready by Sunday, there will be plenty of oppurtunity for you to use mint in cocktails this summer. In the mean time, pick up some fresh mint at the grocery store and we’ll show you how to make this delicious classic.

The Mint Julep is probably the oldest cocktail there is. Today, it’s a southern tradition that has been popular for centuries, and it’s also the official drink of the Kentucky Derby. That’s because the Julep we know is usually made with delicious Kentucky Bourbon, but it wasn’t always so.

Early accounts of the Julep represent this drink as a medicinal libation, or more specifically, a vehicle for its delivery. That’s not unusual as classics go, and neither is the evolution of the recipe. The word julep comes from the Persian, golab, which means rose water. There are early recipes based on gin and brandy with the first appearance in print in 1803 without a specific spirit mentioned. However, most of us today think of the Mint Julep as a bourbon cocktail, and that’s what we are sharing here:

Place the leaves of several mint sprigs in a mixing glass, add the simple syrup and gently muddle. There’s no need to use excessive pressure to release the oils from the leaves. Add the bourbon and prepare a silver cup, overfilled with crushed ice. Strain the mixture over the cup of ice. Stir until the cup shows signs of frost, add more crushed ice to form a dome. Slap a sprig of mint and tuck it into the icy glass. Add sipping straws and serve.

There’s a lot of controversy around the preparation of a “proper” Mint Julep. How the mint is used is a serious point of contention. Some believe that you shouldn’t use the stems at all. We tend to agree, although if you are careful in your muddling, you won’t spoil the mint by making it bitter. Other recipes suggest that the cup be filled with the mint which gets muddled and rolled completely out of the glass leaving only the oils to coat its inner surface. Still others think you should build this directly in the cup you serve it in, leaving mint in the bottom of the cup and adding ice, bourbon and simple syrup over the top.

If the treatment of mint isn’t controversy enough, there are plenty of recipes that insist on sugar instead of simple syrup. These often suggest using powdered sugar, although confectioner’s sugar would be adding starch to the mix. Some lay the mint in the sugar first, others muddle the mint with the sugar grains. We find problems dissolving granulated sugar in bourbon, and if you add water first, you might as well use a syrup. You can even batch a mint-infused syrup ahead of time and use that instead of muddling. Finally, you can get really fancy by sprinkling the surface of the ice and garnish with powdered sugar.

We would encourage anyone who enjoys this drink to explore methods and try various techniques. This recipe is how we like to make them, but having a mint flavored syrup on hand before a Derby Day party can be a real time saver. If we know we are making a bunch of these, we’ll go ahead and make the mint syrup ahead of time. Just muddle a bunch of leaves in a saucepan, then add your water and sugar. Bring to a simmer to dissolve the sugar and cool. Finally, strain the syrup to remove the mint leaves and bottle. You should have a syrup nicely flavored with mint.

Most folks agree that the Mint Julep is best served in a silver cup. Some use an old fashioned glass with success, but the ingredient always present is crushed ice. You can smash ice to bits using a Lewis Bag, break it down with a hand crusher, or get it straight from your refrigerator door. However you get there, crushed ice in this drink is important for two reasons. First, it gets very cold quickly. A Julep needs to be frosty! Second, crushed ice melts readily, diluting a drink that would otherwise be too strong. Make no mistake, this is a spiritous beverage, but it should be tamed somewhat by the dilution allowing you to enjoy the sweet flavor of the bourbon without being hit over the head with an alcohol burn.

We’ll be drinking a Mint Julep on Derby Day even if it means we need to buy mint at the grocery store. Our own mint plants are just getting started, but by the end of the summer, they are usually taking over the garden. There will be plenty of other chances to use them in the coming months for other cocktails and garnishes, so plant some mint, but don’t let your small crop stop you from enjoying this cocktail now.

In case you’ve never seen this: http://www.thebucknerhome.com/julep/recipe.html March 30, 1937 My dear General Connor, Your letter requesting my formula for mixing mint juleps leaves me in the same position in which Captain Barber found himself when asked how he was able to carve the image of an elephant from a block of wood. He replied that it was a simple process consisting merely of whittling off the part that didn’t look like an elephant. The preparation of the quintessence of gentlemanly beverages can be described only in like terms. A mint julep is not the product of a FORMULA. It… Read more »

Claydesta, yes, there is certainly more than one way to make a julep. This one is also referenced in The Kentucky Mint Julep, a charming little book by Colonel Joe Nickell.

I’ll have to look for that. Mostly as a southerner originally, I just like the imagery of that letter. 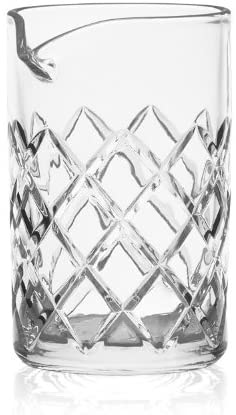