Drink of the Week: Cinquecento

We like vodka at Summit Sips. We really do. But over the years it hasn’t shared as much of the lime light on these pages as other spirits. There are a few good reasons for that. One is that vodka was virtually non-exisitent in the US before the 1940s. As such, it’s nearly impossible to find classic cocktails that use it because it doesn’t appear in any of the old books. Of course, one can’t ignore the the Moscow Mule, the Cosmopolitan, or even James Bond’s Vodka Martini, but these are all relatively new ideas. Everything pre-prohibition would have contained gin, whiskey, brandy or rum; it may be hard to imagine, but vodka was unknown at that time.

Another reason vodka doesn’t appear quite as often considering the momentum surrounding classic mixology these days is that by definition, it’s a flavorless spirit. Now, I realize, some of you will beg to differ, claiming that huge differences exist among vodka brands—and I don’t disagree. It’s just that in a mixed drink, vodka doesn’t bring anything to the table. It has no powers of magic alchemy that gin sometimes exhibits with it’s botanical elements, and by and large, unless you are sipping vodka neat or in a very dry martini, studies have shown that you would be hard-pressed to identify any differences among brands.

It would be easy to poke fun at the evolution of Americans’ taste for spirits over the years. Today, we can finally appreciate the return of almost-forgotten-spirits like Old Tom Gin and American Rye whiskey, but it wasn’t always so. Turn the calendar back just a few decades and you would be witness to what many cocktail enthusiasts call the “fear of flavor” during a time when lighter, clearer, cleaner tastes dominated the beverage world. However, like art or even politics, such times are precursors of change and good things can come from that (no, not the Sex And The City movies). As the pendulum swings, it can reveal extremes that may not have been quite so obvious. Once vodka skyrocketed to popularity, we began to develop a craving for gourmet cooking, for rich coffee, for microbrewed beer—and as that happened, we banned smoking in restaurants and gained an appreciation for flavor in general. We started buying chef’s knives, stainless steel cookware and professional appliances. We became obsessed with artisan bread, organic vegetables, free-range chicken, and finally, thankfully, classic cocktails.

Ousting bourbon in 1976 as the most popular spirit in America, vodka has become an important part of mixology history. In addition to the popular drinks we already know, the cocktails being created today take advantage of vodka’s mix-ability, allowing the other ingredients to shine in ways that another spirit might obscure. Used in this way, vodka should not be ignored. So, today, I want to feature a Drink of the Week that uses vodka, but remains true to classic flavors as well. Today’s drink is called the Cinquecento.

Shake over ice, double-strain into a chilled cocktail glass and garnish with a grapefruit twist.

According to the drink’s creator, the Cinquecento (which means 500 in Italian), was named  to celebrate the 500th anniversary of DOM Bénédictine and to honor Torin, Italy, Campari’s origin and the birthplace of the iconic Fiat Cinquecento. Historically, the name is short for mille-cinquecento, or 1500. This refers to the Italian Renaissance—a period of 16th-century enlightenment and artistic explosion. In any case, the drink is aptly named, taking top honors in a contest last year in addition to being selected by Gary Regan as one the best 101 cocktails of 2010.

As far as taste goes, this is a good example of how vodka can be used thoughtfully in a drink that already contains an interesting combination of flavors. Bénédictine is a complex herbal liqueur and Campari, if you recall, is a bitter aperitivo. The fruit used here is an unsung hero—fresh grapefruit juice. Sure, lemon and lime are the citrus champions of mixology, but the overlooked grapefruit has a lot going for it. In fact, grapefruit can outperform orange juice which tends to fall flat in mixed drinks. I don’t ever drink grapefruit juice with breakfast, nor do I enjoy eating the fruit, but I don’t drink straight lemon juice or chew on lime wedges either. Grapefruit is versatile. The first sip of this drink will have you thinking it’s too sweet, but then the Campari swings around and gives you a bite of bitterness—or is that the grapefruit? A lingering finish will beg another sip as you try to wrap your brain around what you are tasting. Is it actually dry? Does the grapefruit enhance the liqueur, mellowing the Campari, or is it the other way around?

Give the Cinquecento a chance to impress you. It’s fun to say and it’s easy to make. More importantly, it’s a tasty, honest vodka drink that you can enjoy without feeling like a mixology traitor holding an all-too-common “Fill-in-the-blank-tini”.

Very informative. A great read. Got to admit I find myself leaning the opposite direction when it comes to vodka. This drink sounds good though.

Thanks, Josh. I hear ya. What I have come to recognize, however, is that used appropriately in a recipe, vodka can be just what a cocktail needs, especially when you want to create something new from a neutral starting point. I am sure readers noticed that I never even mentioned infusions and flavored varieties. If I want a flavored vodka, I’ll make it myself, with the exception of Grey Goose La Poire which I can’t replicate–goes so well with St-Germain!

Wow. Fantastic drink! your’re right about the campari/grapefruit combo — it keeps you guessing.

John, thanks for the confirmation! I’ve been meaning to write about this one for a while. I figured, since I had the ingredients, why not? I don’t always have grapefruit, but I think I am going to change that. It’s nice to have one around and they keep for a long time in the fridge. I am really starting to enjoy what they do in cocktails.

Randy – I am truly honored by your post and great review of my cocktail. I find the drink a perfect apertivo that honors all the spirits both base and modifier as well as citrus. Grapefruit isn’t just for Greyhounds anymore! Grazie mille!
Fredo Ceraso

Fredo,
Hey, thanks for stopping by Summit Sips! As for the drink, when it’s good, it’s good—and deserves to be shared. I am just doing my part in this corner of the world. Nice job bringing it all together. It makes me wonder what else you might have up your sleeves! ;-)

Drink of the Week: Juliet & Romeo

Drink of the Week: Champs Élysées 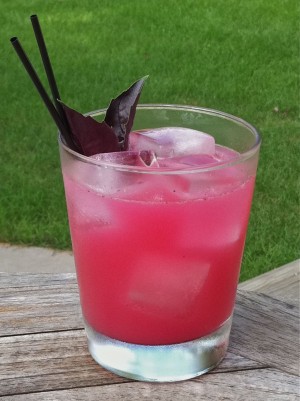 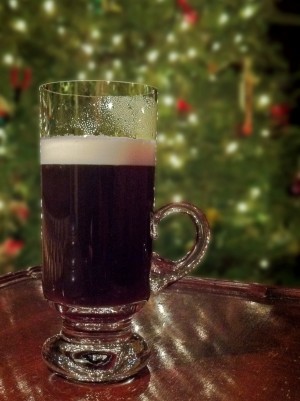 Drink Of The Week: Irish Coffee

Drink Of The Week: Campari Sour

Drink of the Week: Sidecar

Drink of the Week: Hanky-Panky

Drink of The Week: Negroni 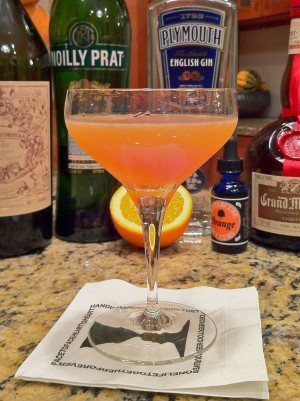 Drink of the Week: Satan’s Whiskers 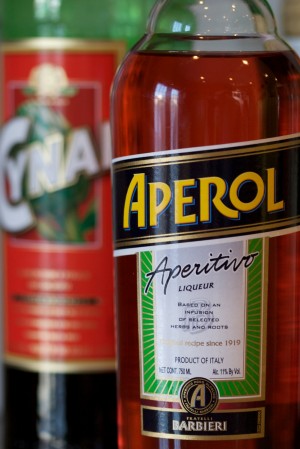 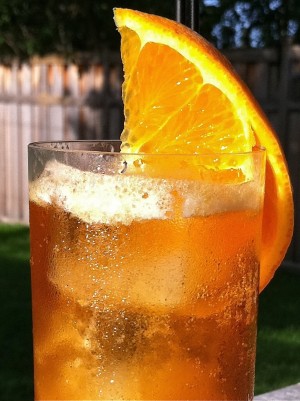 Drink of the Week: Take 3 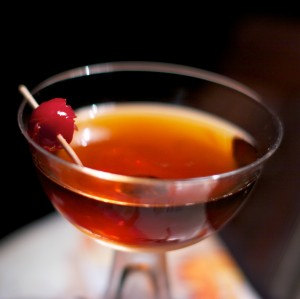 Drink of the Week: Red Hook 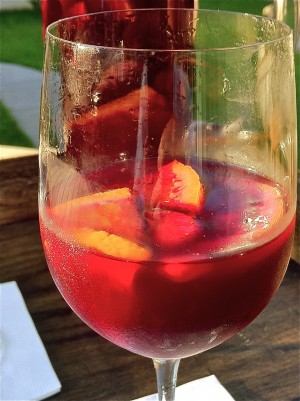 Drink of the Week: Sangria 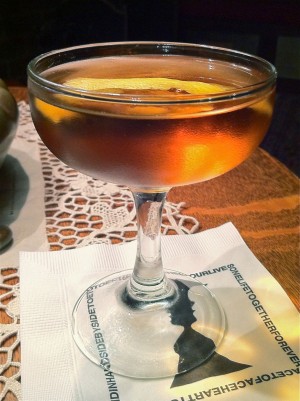 Drink of the Week: Norwegian Wood

Drink Of The Week: Daiquiri

Drink Of The Week: Last Word